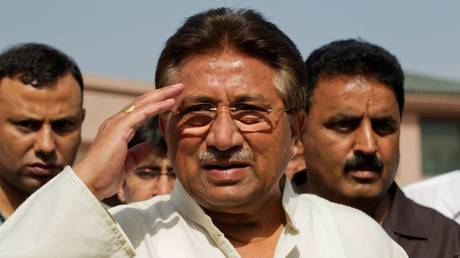 The Lahore High Court (LHC) has voided the death sentence of ex-president Pervez Musharraf, ruling that a special court which found him guilty of high treason was unconstitutional, a government prosecutor told AFP.

Following the LHC ruling, the former president is now a “free man,” Ishtiaq A. Khan, the prosecutor representing the government, said. The whole process against Musharraf – including the creation of a special court – was deemed to be void.

“The filing of the complaint, the constitution of the court, the selection of the prosecution team are illegal, declared to be illegal… And at the end of the day the full judgment has been set aside,” Khan told AFP.

Earlier in the day, Musharraf’s lawyer Azhar Siddique told the media outside the court that the judges have “nullified everything” against his client.

The former Pakistani president was sentenced to death in absentia on charges of high treason and undermining the constitution by the now-void special court in December last year. The verdict received a mixed reaction with Pakistan’s top military and government figures harshly criticizing the decision.

A provision to hang Musharraf’s body in front of parliament for three days, should he perish before the death sentence is carried out, was included in the verdict by one of the judges and sparked a backlash. It was branded “unprecedented and despicable” by Law Minister Farogh Naseem, who called for the “mentally unfit” judge to be ousted.

A controversial figure in Pakistan, Musharraf was a general and army chief when he seized power in a bloodless coup in 1999. The accusations of treason against him date back to 2007, when he imposed a state of emergency as he sought reelection as president.

Professor Fired After Joking That Iran Should Pick U.S. Sites to Bomb